I’m late on my 2014 review and that’s because for the first time in my adult life I spent an entire vacation without opening my computer. I didn’t open it once. I cooked meals with my in-laws, played with my nieces and nephews, skiied powder on a frosty bluebird day and did aerial yoga with my nieces (not pictured because they’re too young to be on the internet). I didn’t work or blog or get sucked into hours on the internet and it was perfect.

Selfie while in an aerial yoga inversion

2014 started with the following: “We’re facing a huge life decision to be made this week and so I really have no idea what 2014 will hold, but with The Boy, Wally, and Tyke, I’m pretty sure that anything’s possible.” As we now know, that decision was whether to uproot our life in Colorado and move to Berkeley. We made the move and it was scary. I took a huge leap of faith and left a great job for a place with no professional prospects only to land on my feet as a research scientist at Berkeley with one of the greatest scientists in my field. What an important experience and lesson for me that I can take a risk and figure it out on the fly. In addition to the scary and uncertain moments, 2014 also had tons of fun moments:

Skiing off the tram at Big Sky 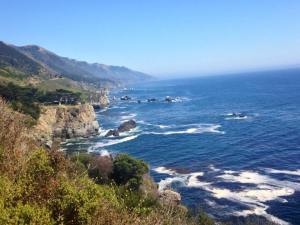 The Boy fishing. Moments like this make me so happy 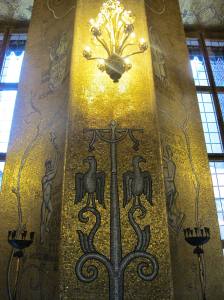 To spend the last day of the year skiing with my husband, brother-in-law, and 2 of my nieces on a bluebird powder day was perfection and embodied some of the things I love most in this world: My family, the mountains, and using my body to do awesome things.

I’ve stopped trying to guess what the next year holds because we’re always up for the next adventure that comes our way. And honestly it matters less to me what or where that adventure is than who it is with- and I am lucky to have the best partner on the planet. So for 2015 my resolution is to play more and try to suck the marrow out of the bones of my day rather than looking for the next big thing. I want to be more mindful with my time and with my ventures. Less internet. Less BS. More living and laughing. Let’s go!