In very exciting news, today I accepted a position at the University of California, Berkeley! 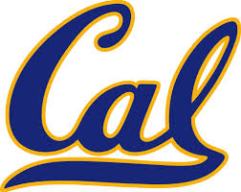 This is super exciting because of the opportunity to be part of such an esteemed institution and work with an exceptional mentor in a top-tier department with world-renowned psychologists (e.g. my lab is in the same building as Diana Baumrind‘s* office). It is insane. Insanely wonderful.

The most insane thing is how it all came to be. I’m going to use a football analogy:

I’m a football player who pulled out of the NFL draft for family reasons. I call up the respected, award-winning, record-holding coach of the team that won the Superbowl and ask to be the water boy because I love the sport and if I can only be near it by being the water boy, it’s better than being out of the game. The coach says that he’s seen me play and even though the draft is over and the starting team is set, I can join the starting line. When the owner starts hassling the coach about how it can’t be done, the coach works magic to make it happen.

That would never happen, right? Except the psychology version of it happened to me and now I work with a tremendously talented coach, and my office is near Mean Joe Green,** Franco Harris,** and Terry Bradshaw** because we’re on the same team. And it is insane. And I am so thankful.

*If you aren’t a developmental psychology nerd like I am, Diana Baumrind is probably best known for her identification ofparenting styles. Also, she has amazing quotes like this on her bio: “As the oldest in an extended family of female cousins I inherited the role of eldest son which allowed me to participate in serious conversations, disregard gendered conventions, and mingle with articulate activists, such as Pete Seeger and Paul Robeson” and “I attended Hunter College, where I fraternized with progressive instructors including philosopher John Somerville, social psychologist Bernard Riess, and anthropologist Otto Klineberg. Newly married in 1948 I left New York for graduate school at UCB where I studied developmental, clinical and social psychology with David Krech, Hubert Coffey, and Timothy Leary before he tuned in and turned on, earning my PhD in 1955.”