If I told you I spent an hour with the Queen of Sweden, was a guest of the Mayor of Stockholm for a dinner hosted in the room where the Nobel Prize is celebrated, and dined with the most prestigious members of my field in the place where the Nobel Prize for Literature is decided, would you believe me? I wouldn’t either, but all of those things happened this week.

I don’t speak much about my professional career, but over the last 10 years I’ve studied drug abuse and I’ve worked hard, but I’ve also been lucky. Most recently, I was lucky to match in Colorado for my psychology internship and arrive just months before Colorado decided to recreationalize marijuana- a game changing period in history for lots of people and the holy grail for an addiction researcher. I was also lucky that I found incredible collaborators who were generous with their knowledge and opportunities. When my mentor was at the UN convention in Vienna in March, I offhandedly commented “I love to travel and if you ever turn down an engagement, please let me know if I can go on your behalf” which lead to an invitation for me to speak at a worldwide forum on substance use in Stockholm. I’ve given professional talks before, but this invitation was five levels up: I was the only representative from Colorado at a worldwide forum and other speakers included the Queen of Sweden, the first and current Directors of the National Institute on Drug Abuse, numerous drug deputies for the White House and people of equal prestige from around the world. People talk about imposter syndrome as the feeling that you’ve accidentally ended up somewhere, are a fraud, and it’s only a matter of time until you are found out. I certainly felt this way going in- I’ve studied drug use for a decade, but other speakers have been studying drug use for longer than I’ve been alive (and a decade on top of that).

On Sunday I toured beautiful Stockholm, going for a long run in the Royal Garden, having brunch in the photography museum, wandering Old Town and seeing the Vasamuseet. I’m so glad that I was able to burn off some extra energy by covering 18 miles with my feet and being inspired by the history and creativity of the city. 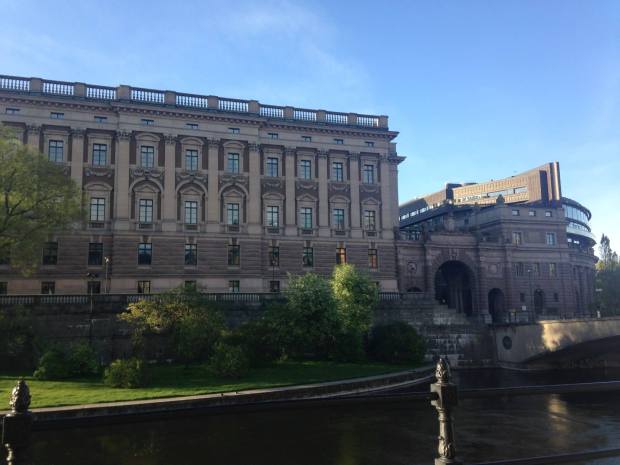 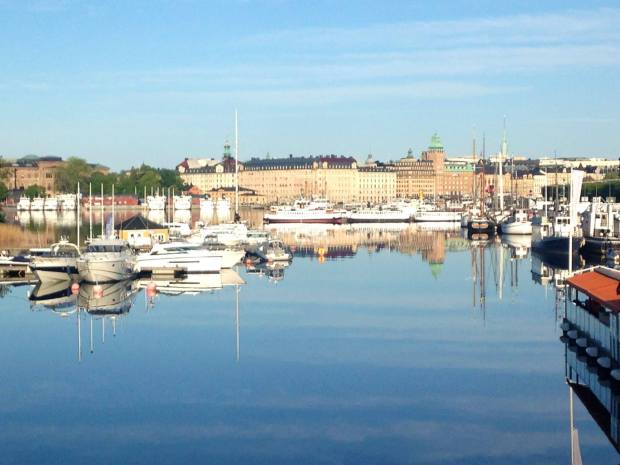 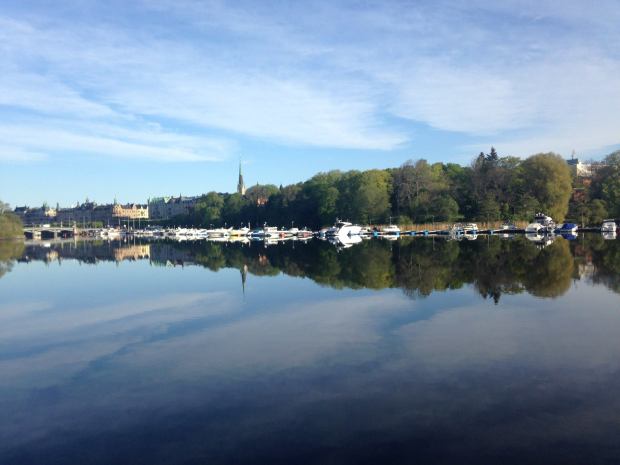 Vasa Museum. The exterior shows the height of the original masts. They stuck out of the water so were cut to minimize taunting the King 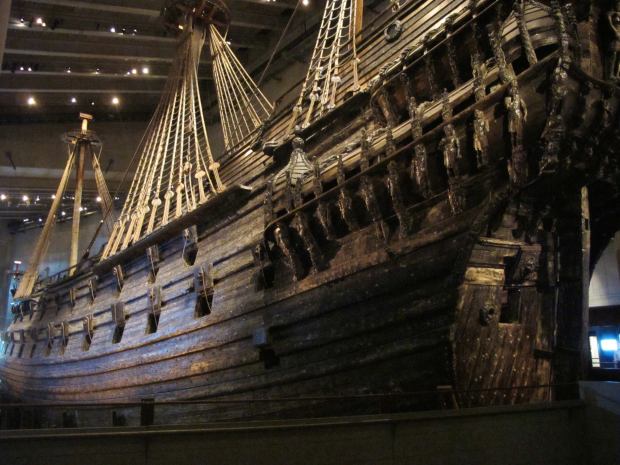 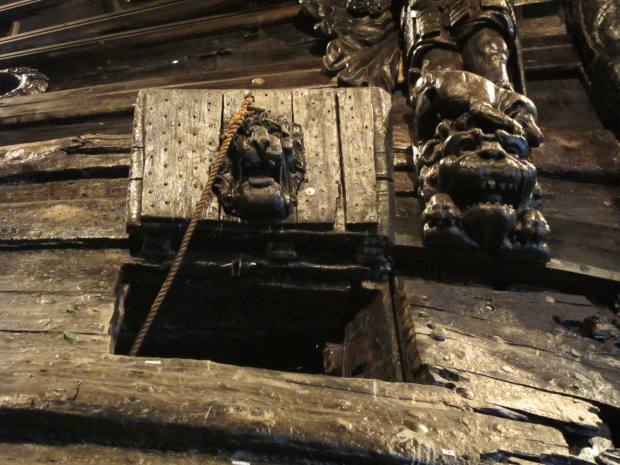 Lions come out with cannons 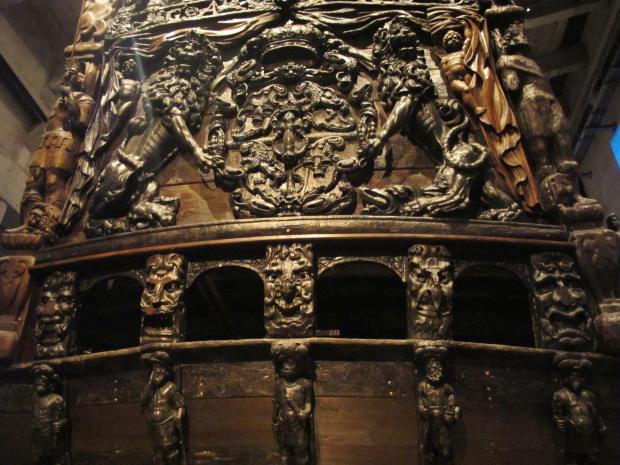 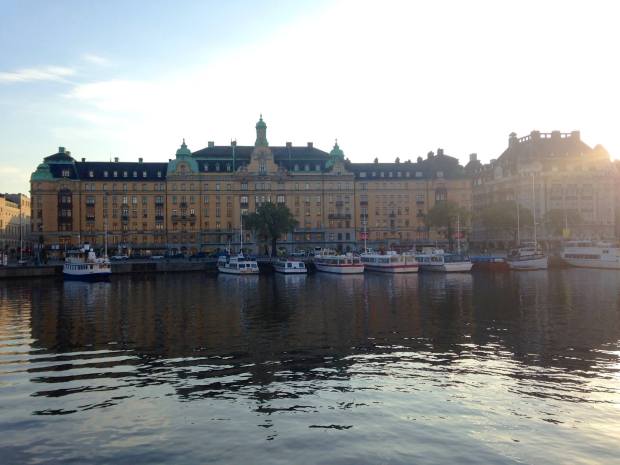 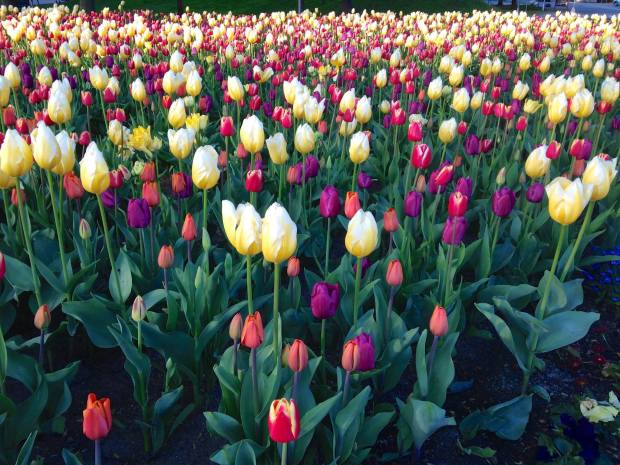 The Queen opened the conference on Monday and my talk was that afternoon. It was very well- attended and received and I had numerous media interviews including with the largest newspaper in Sweden. As a thank-you for my talk I was gifted 10 square meters of Swedish forest, which is just the coolest thing ever (particularly for this nature-loving hippie). 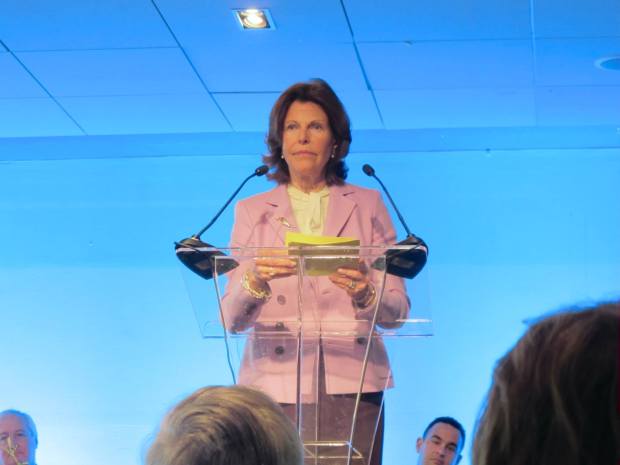 That night we gathered at Stockholm City Hall with members from the European Mayors Council as guests of the Stockholm Mayor. We convened in the Blue Room and dined in the Gold Room which was covered in 18 million (!!) mosaic tiles. The room sparkled and I was seated next to a true pioneer in my field who offered invaluable support and career advice and at the same table with a mayor in Malta who was previously an actor who appeared in the movie Gladiator. The world is so awesomely weird. 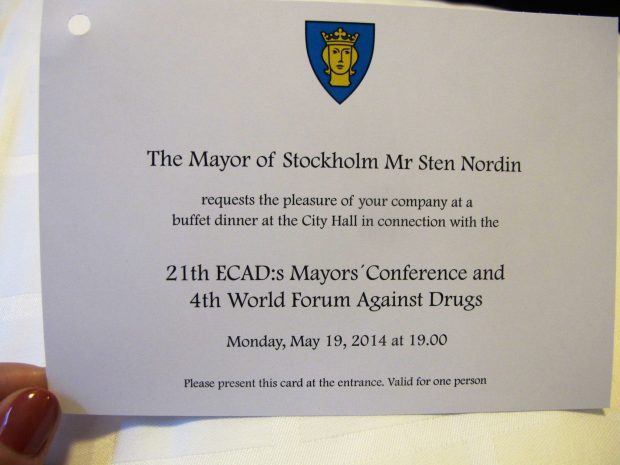 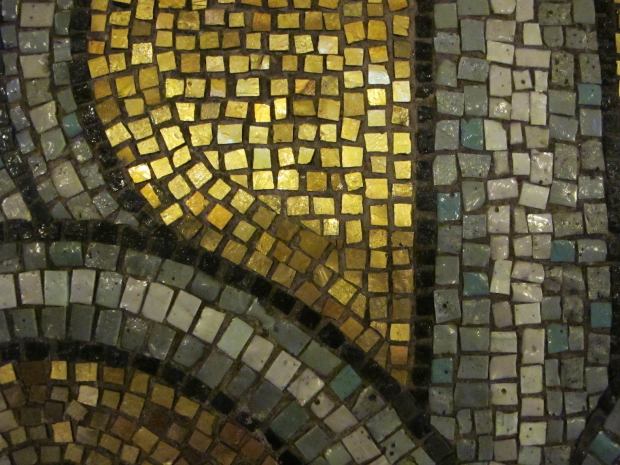 18 million of these tiles made the room shimmer 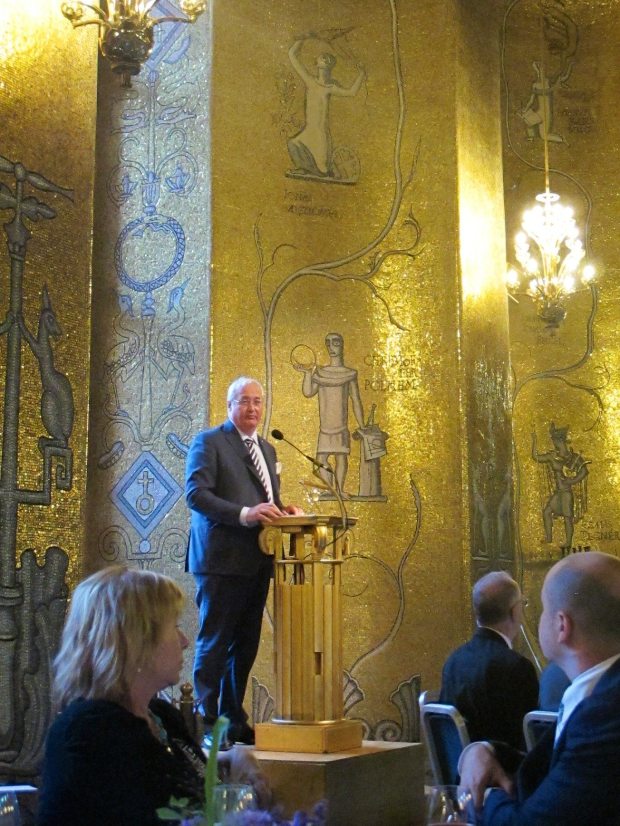 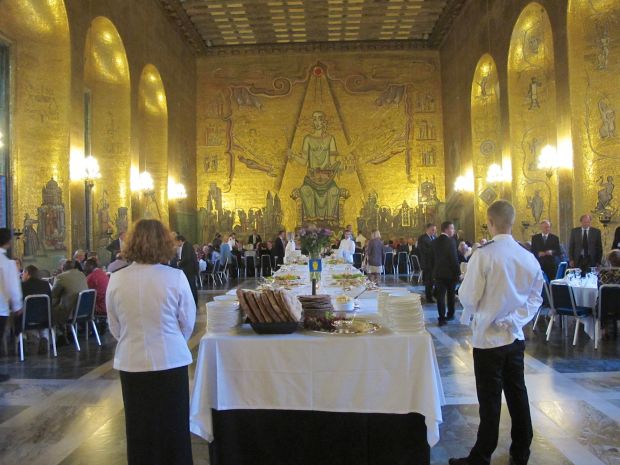 We enjoyed an exceptional buffet where the Nobel Laureates celebrate 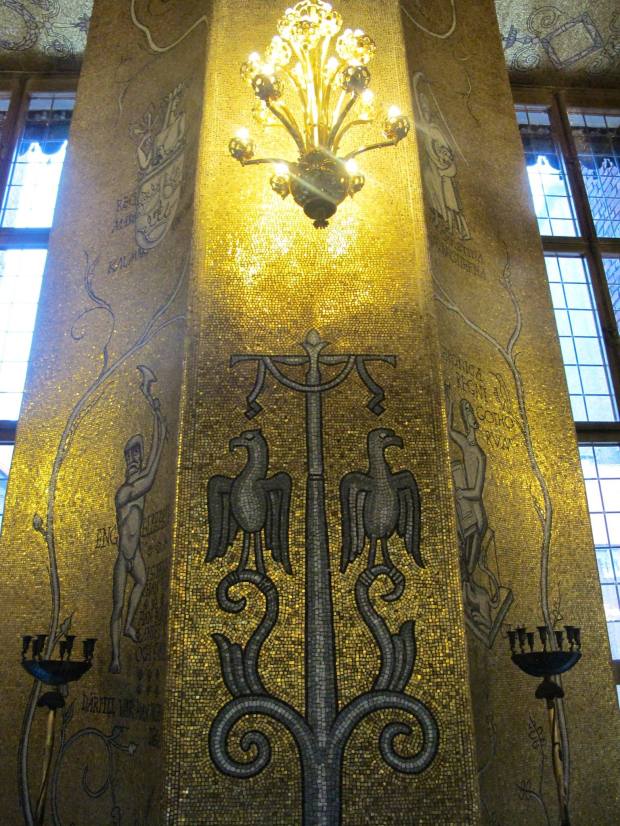 On the second day of the conference I continued to network and speak with people from around the world about my work. The views from the former brewery where our conference was located were exceptional and I learned so much from the talented presenters. 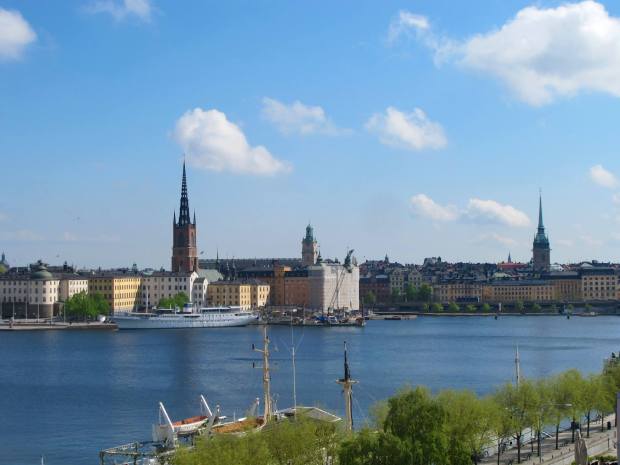 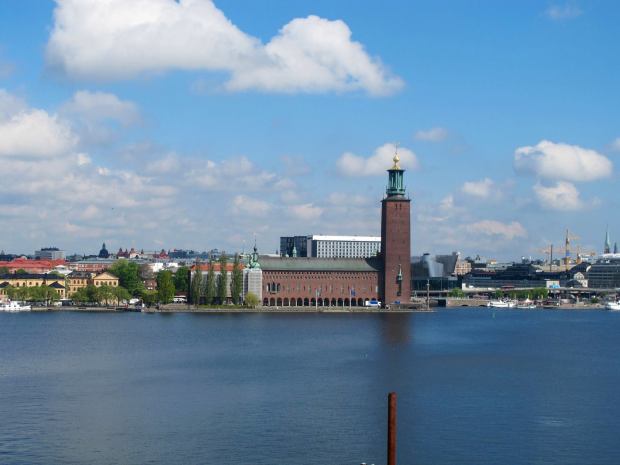 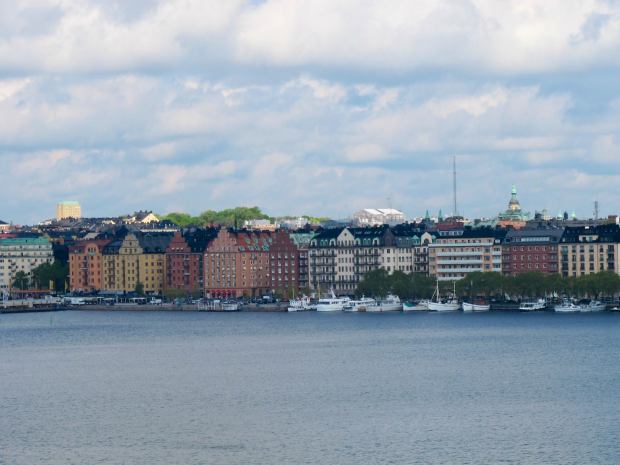 That night we had a small gathering at a storied restaurant established in 1722 in the room where the Swedish Academy has dined weekly for nearly a century. 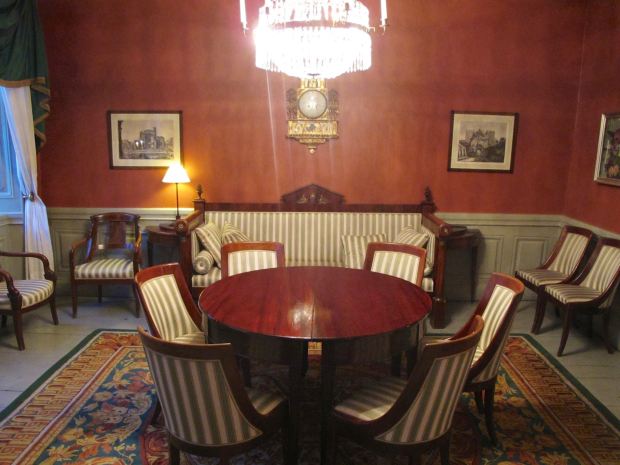 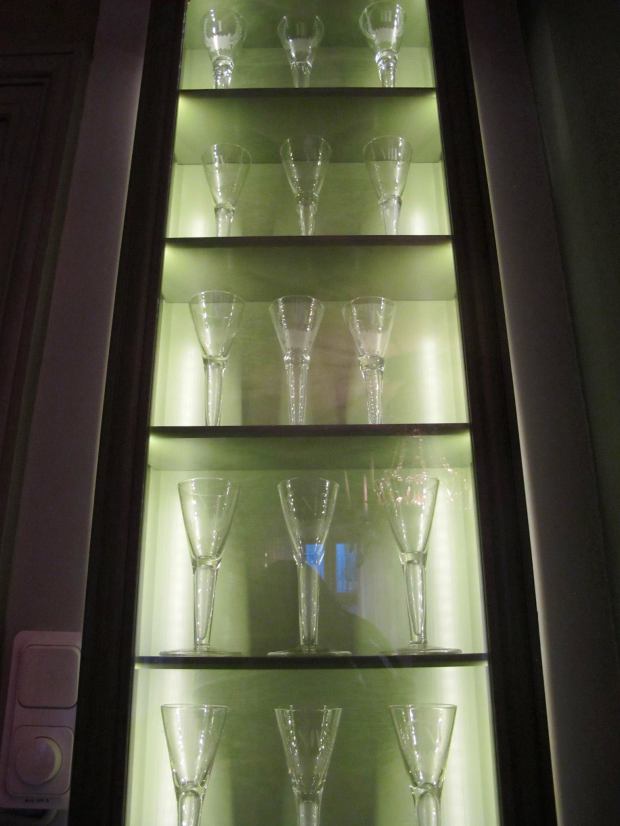 The 18 chalices of the members of the Swedish Academy 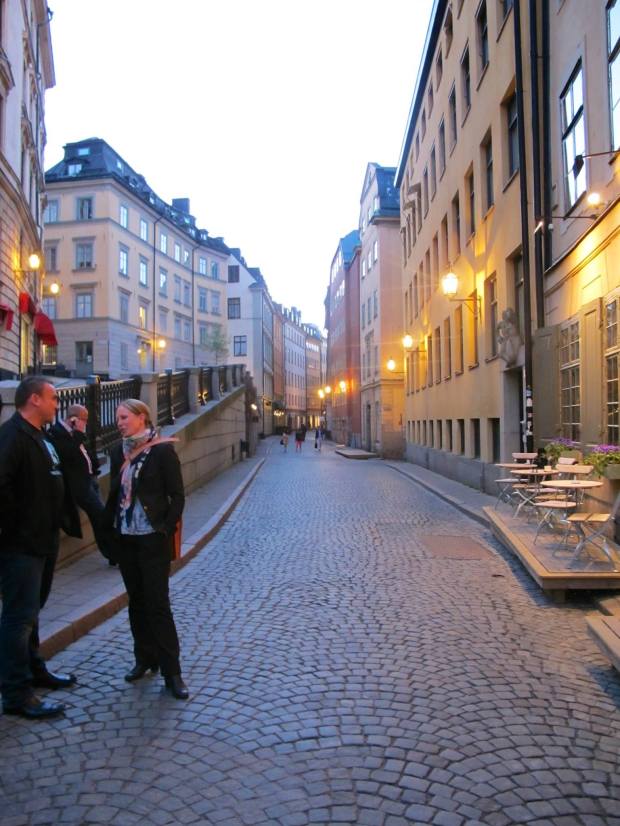 Lovely old European streets. This used to be the city wall to protect Stockholm from invaders to the East.

My trip to Stockholm was life changing and I am so thankful for the opportunity to share my work with others and my adventures with you.