Can running be an addiction?

I am a runner. I am also a scientist who studies addiction. For a long time I have wondered: can running be an addiction? 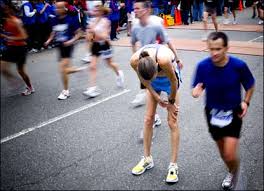 Let’s start with the basics: how does the American Psychological Association define “addiction”? Well, the DSM (the diagnostic bible) defines “abuse” and “dependence” as follows (bold/underlined mine):

Substance abuse is defined as a maladaptive pattern of substance use leading to clinically significant impairment or distress as  manifested by one (or more) of the following, occurring within a 12-month  period:

Substance dependence is defined as a maladaptive pattern of substance use leading to clinically significant impairment or distress, as manifested by three (or more) of the following, occurring any time  in the same 12-month period:

I am fortunate to have lots of friends in the endurance community but sometimes their behaviors make me question whether their hobby may be more of an addiction. Here are a few stories of people that I know: 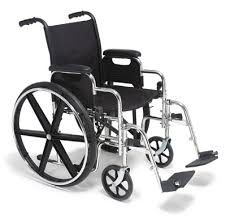 I am sure that many people would view these examples as extreme and can see how they could fit into the rubric of addiction outlined above. But let’s take a step back from these more extreme examples. As endurance athletes, we pride ourselves on the discipline and sacrifice needed to achieve a goal. In order to complete in an ultramarathon or an Ironman event there will likely be social outings that will be missed, we need to push through pain and discomfort to reach our training goals, and there are disagreements with people who don’t understand why we would punish our bodies to be endurance athletes. But where do we draw the line? When I, as a clinician, think of addiction, I think: is this person impaired in their daily functioning? And this is where it gets a bit tricky. 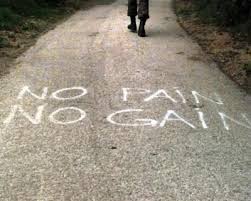 Once I was assessing someone for alcohol dependence and they reported that they didn’t need to spend a lot of time obtaining alcohol because they brewed their own and that they were never late for work because they set up a work schedule that allowed them to sleep in late to avoid hangover. Technically, this person wasn’t impaired, but it was only because they had built their life around supporting their alcohol use. I view that as impairment. I see areas of similarity with athletes I know. I know athletes who plan family vacations around races, turn significant others and children into runners (or romantically pair up with people who are already runners) and when they can’t run because of an injury exercise compulsively in other ways (e.g. swimming, elliptical). Maybe it’s not impairing, per se, but are these aspects of a healthy habit?

And let’s look at this from yet another perspective. Recently the WSJ had an interesting article about the exercise widow: the experience of women left to care for house and family alone because their spouses are spending their time exercising to extremes. This is a difficult topic because which came first: the chicken or the egg? It is possible that these women’s relationships were negatively impacted by extreme exercise, and it is also possible that extreme exercise was the chosen mechanism for coping with a deteriorating marriage. However, I’m not sure it matters which came first. The key element is that there is a marriage in danger and no one is doing anything to try to repair it.

I’m not here to knock exercise. In fact, I think that the average person could benefit from moving more. However, from my perspective there are some individuals who use exercise as an outlet in a way that becomes extreme, unhealthy, and mimics many aspects of addiction. Chrissie Wellington recently claimed that she was addicted to exercise but that exercise can be okay in moderation. I won’t speak for others but I can speak for my own experience. I love exercise and I love running. I also love my boyfriend, friends, helping others and being healthy. There is nothing that would make it ok for me to run on a broken leg (save being chased by a bear), quit my job for a hobby, or land myself in a wheelchair to finish a race. The purpose of my running is to be healthy and to make myself a better human, partner and friend. People can exercise without it being a problem, just as people can drink socially without becoming addicted. However, I think in the running community there is an absence of awareness about just how far we push and how much some people lose- or are willing to risk- for a hobby.

What do you think- can running be an addiction?